The former evicted BBnaija housemates Natacha Akide, popularly known as Tacha is arguably the most talked about BBNaija housemate of the ‘Pepper Dem’ season.

Although she was disqualified barely ten days to the end of the show, it is undisputed that she is the most popular as her disqualification was the hottest topic that trended for weeks even after the show ended.

Since then, Tacha’s popularity has soared beyond words. She has been touring cities, touching base with her fans that shower her with love and gifts. A lot of social media observers are even saying she’s getting more popular than this year’s Big Brother Naija winner, Mercy Eke.

She has a formidable fan base called the ‘Titians’ with their now popular, ‘No Leave, No transfer’ slogan. They support her unconditionally and practically plunge into anything that has to do her; including supporting any brand she becomes an ambassador.

Her fans base and their love for her is almost becoming like a cult thing. In fact, a lot of people observed that her character and disposition throughout the show made her the ‘real pepper’ of the season. It is still a mystery she has such loyal fans despite her controversial rise to fame.

Her fashion sense has also dramatically changed for the better even as she gets endorsements from so many brands. She stands out in beautiful outfits and slays her style with so much confidence. She now rocks expensive dresses made by top designers.

Tacha has a strong personality that a lot of people may misunderstand but this has made her resilient in pursuit of her goals. She also reflects this character in her fashion styles.

Going through her pictures on Instagram, its obvious Tacha is in love with red colour.  Red is known as a power colour in the fashion world. It makes you look bold and confident.

Nothing attracts attention like a woman in red and Tacha definitely knows how to attract attention with her fashion statements. She does this effortlessly especially when she slays in red. Red outfits make her look fierce and alluring at the same time.  It is safe to say that red outfits have become her signature style as it compliments her light skin colour.

We first saw her in a red outfit when she stepped out for the Headies award early in October. Tacha arrived in a red number that was a complete showstopper! She oozed class in a dress designed by Tolu Bally as she flaunted her thighs in this amazing red outfit. The colour choice definitely made her stand out among other guests on the red carpet. 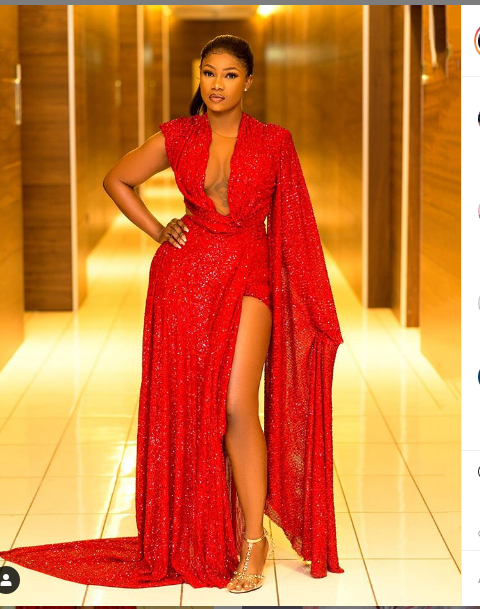 Then again, she served us this sexy red dress that showed off her sexy curves in a recent post. She captioned it; ‘Don’t stand too close to the heater babe. Plastic melts.’ 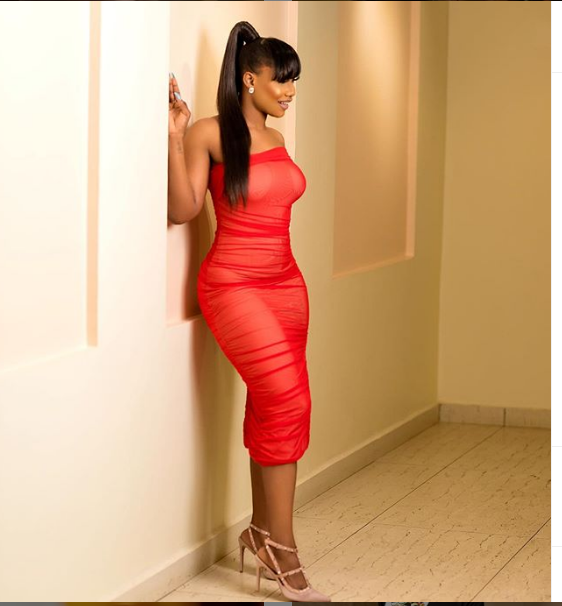 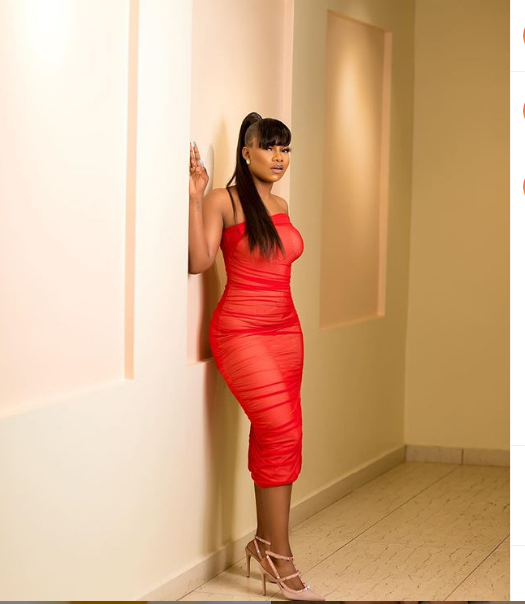 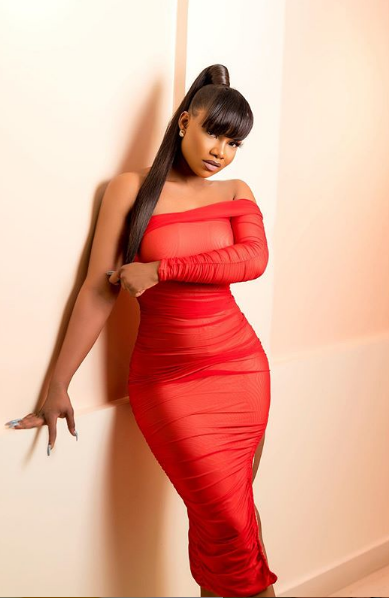 Her post was taken by many to be a message for Mercy who is alleged to have gone under the knife to enhance her behind. There has been a subtle social media war between Tacha and Mercy recently. The two ladies who fought back in the BBNaija house appeared to have resumed their beef for each other and are busy throwing shades on social media.

Anyway, Tacha is indeed sexy, sassy and spontaneous! She really served hot pepper in another red dress with a caption, “I decided to throw some sass around”. 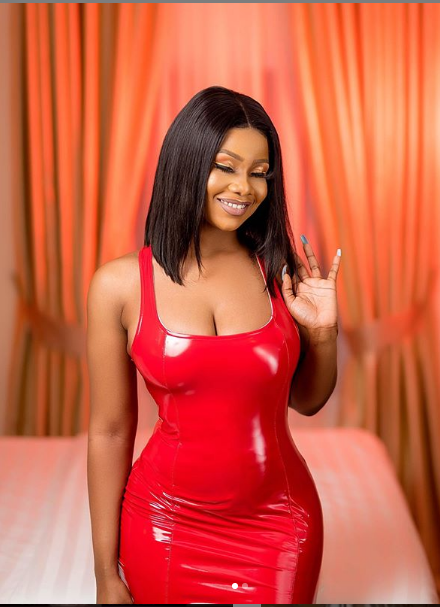 See more of her in this sassy red dress that shows off her curves in all the right places.  She’s fun and spunky! What do you think? 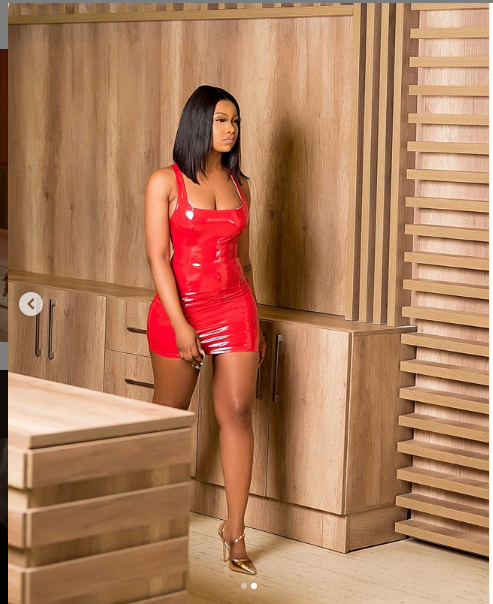