The said girl who is believed to have  contacted Human Immunodeficiency Virus (HIV) through her Sugar Daddy is devastated with her status, and the only way she could ease her self from the pain is by spreading the virus across unsuspected guys before she dies.

The girl has also refused to disclose her heath status to her family despite pleads from her friend who was trying to convince her to have a second thought over her intentions. 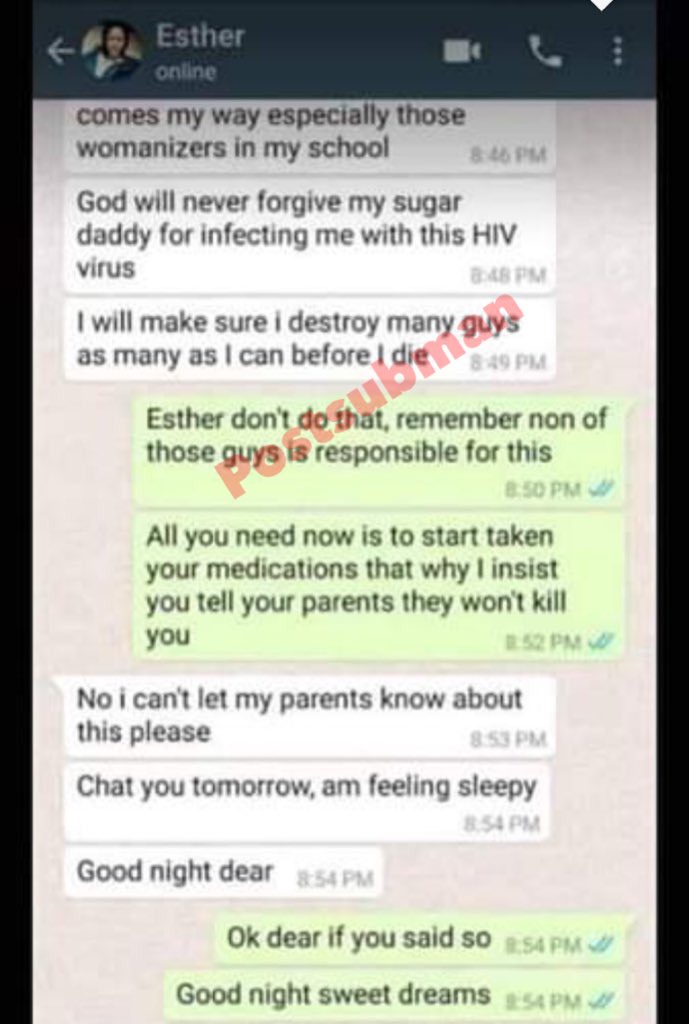 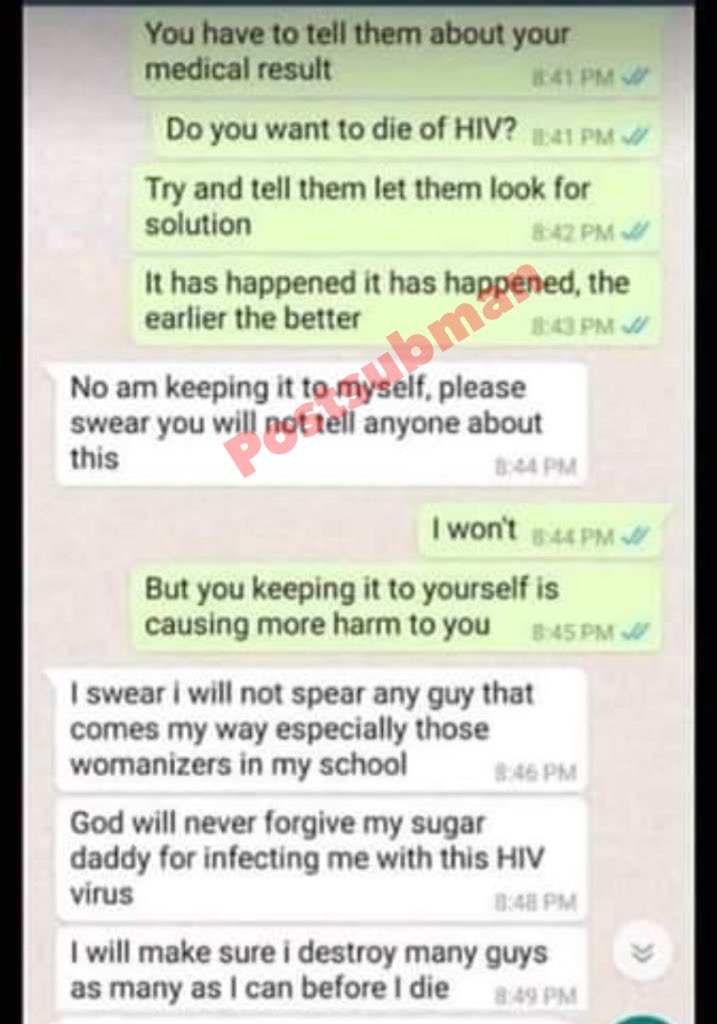 The conversation which was initially shared by postsubman on Tuesday evening has been generating several reactions with some questioning why the girl would go to that extent.

“She made a choice to have sugar daddy and now she has HIV but men are to blame so she has to go spread the HIV to boys in school.

READ MORE:  Lady Goes On Her Knees To Propose To Her Boyfriend Of 7 Years To Marry Her (Watch Video)