The Catholic leader worldwide, Pope Francis is building his One World Religion called Chrislam, but it will not be limited to simply an alliance between the Catholics and the Muslims.

Pope Francis met with His Holiness Somdej Phra Maga Muneewong at the Wat Ratchabophit Sathit Maha Simaram Temple in Bangkok, during a six-day Asian trip to Thailand and Japan.

Pope Francis had travelled to Abu Dhabi earlier this year and entered into a covenant with Sheikh Ahmed al-Tayeb, the ruling leader in Sunni Islam. That peace covenant led to the formation of a Chrislam interfaith council, which then led to the stunning announcement that a Chrislam headquarters would be open in Abu Dhabi by 2022. Now Pope Francis has travelled to Thailand where he met with the ruling Buddhist leader there, and as in Abu Dhabi, presented him with a copy of his Declaration On Human Fraternity’, the Vatican manifesto of the One World Religion.

FROM THE CATHOLIC HERALD UK: After giving prepared speeches, Pope Francis and the Supreme Patriarch had a brief informal conversation, in which they spoke about the value of fraternity between the two religions for promoting peace.

“If we are brothers, we can help world peace,” the poor, and the suffering, Pope Francis said, “because to help the poor is always a path of blessing.” They also spoke about education and the role of missionaries in the country. Before leaving, the two exchanged blessings 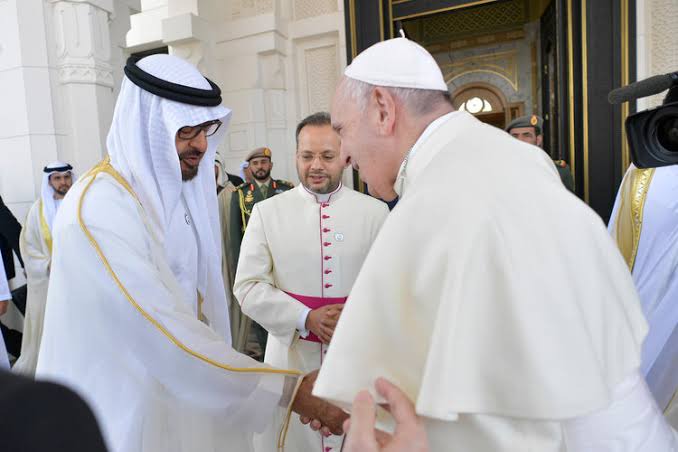 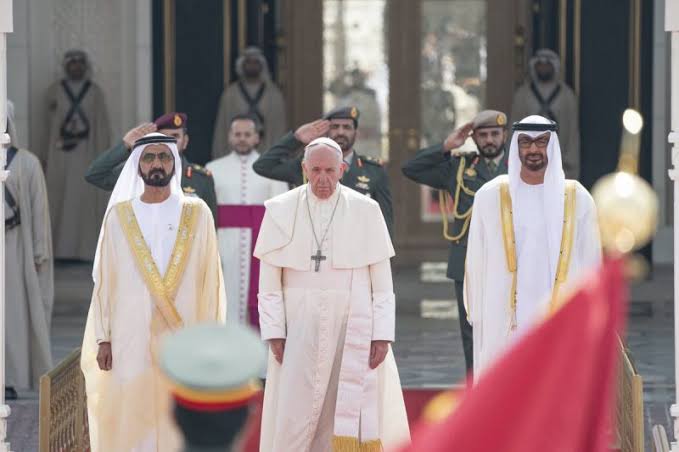 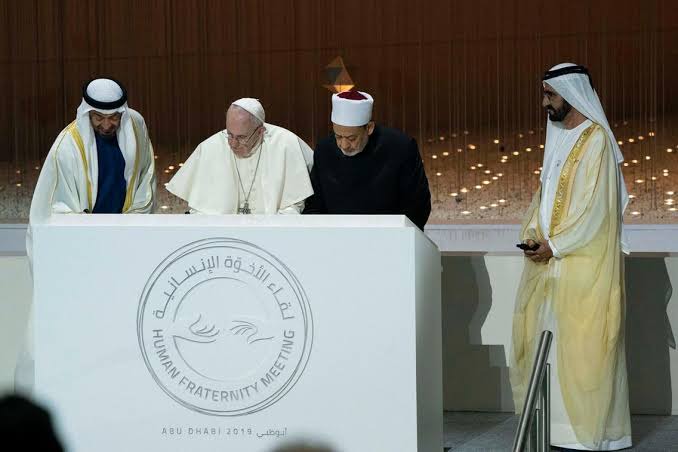 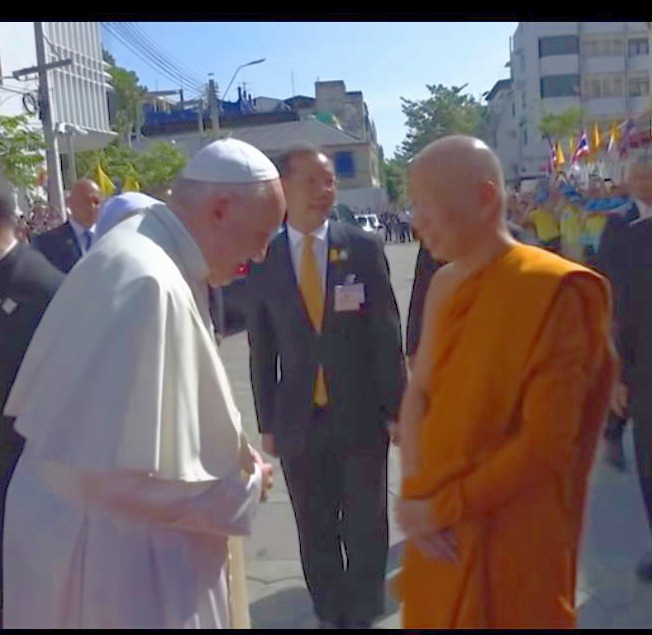 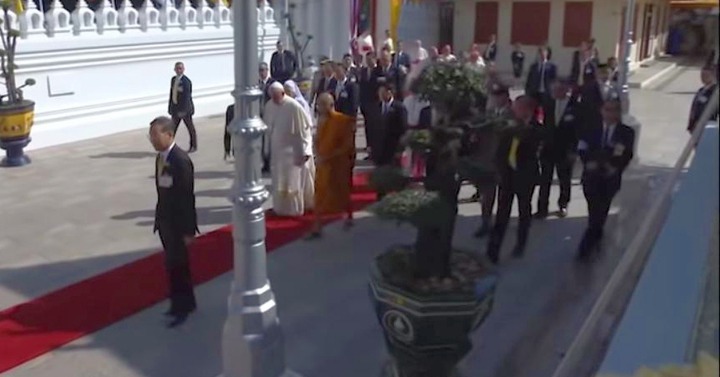