The President of the United States, Donald Trump has taken to his twitter page to boast about the increment in the polling numbers due to the impeachment Hoax and feeling positive about the November election. He also stated that Nancy Pelosi will lose the house and also appreciated her for bringing him to his highest polling numbers ever.

He twitted on February 10: 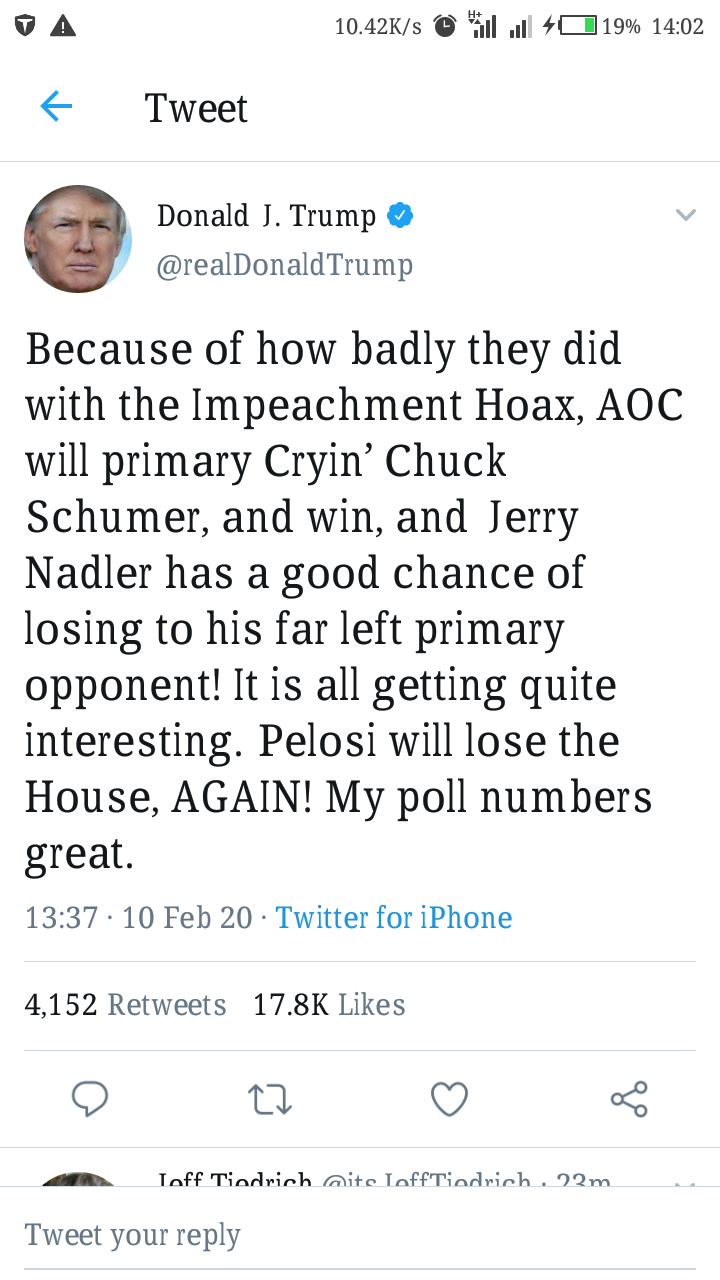 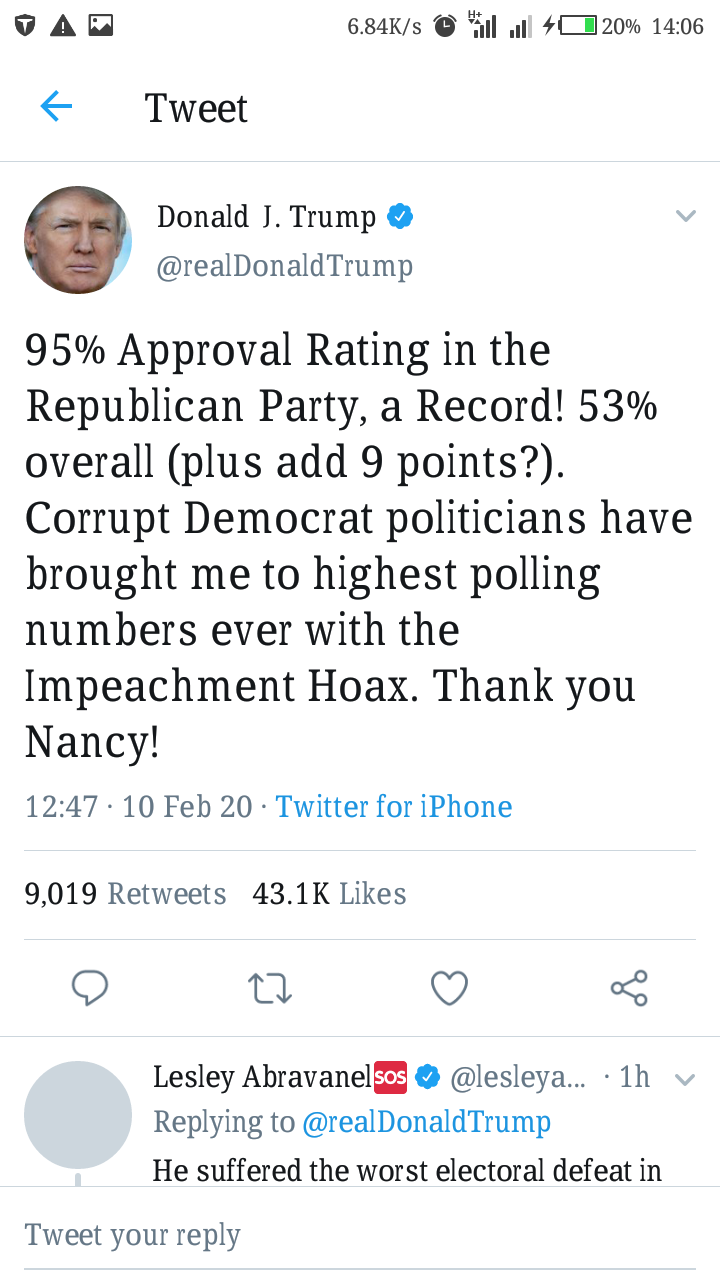 “Because of how badly they did with the Impeachment Hoax, AOC will primary Cryin’ Chuck Schumer, and win, and Jerry Nadler has a good chance of losing to his far left primary opponent! It is all getting quite interesting. Pelosi will lose the House, AGAIN! My poll numbers great.”

“95% Approval Rating in the Republican Party, a Record! 53% overall (plus add 9 points?). Corrupt Democrat politicians have brought me to highest polling numbers ever with the Impeachment Hoax. Thank you Nancy!”