When Togolese President Faure Gnassingbe took to the stage for an election rally in the city of Sokode this month, the crowd chanted the campaign’s popular catchphrase: “Knockout blow!”

It was a potent message in a city that was once at the heart of opposition to the Gnassingbe family, which has dominated the West African state for more than half a century.

The 53-year-old leader himself seemed impressed: “How can I not be surprised by the welcome you’re giving me today?” he asked.

Through 2017 and 2018 huge protests rocked the nation of eight million people as demonstrators demanded the incumbent, who took power in 2005 after the death of his strongman father, leave office.

Sokode, Togo’s second largest city, was the hotbed for the unrest.

The response from the authorities was fierce — at least 10 people were killed in Sokode alone.

More than a year after the nationwide protests fizzled out, Gnassingbe’s grip now appears as solid as ever.

He is all but certain to win a fourth term at the ballot on Saturday, and has changed the constitution to allow himself potentially to stay in charge until 2030.

People were brought in on buses from surrounding villages for his rally in Sokode and schools were closed for the day and students pushed to attend.

“Every time we use violence in order to oppose… it is always Togo that loses out,” the president told the crowd of thousands. 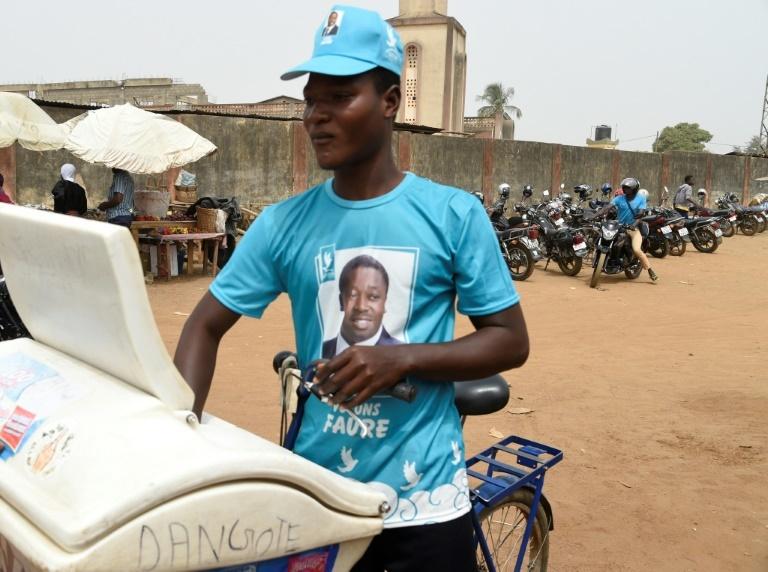 “The election campaign period is going on without any problems — there are no signs of tension and the crisis is in the past,” the mayor told AFP.

But in reality, Sokode is a city still under lockdown.

Trucks filled with armed soldiers continually patrol the main streets and residents complain of searches in their homes, beatings in the streets and a nightly curfew.

“Whoever wants peace has to prepare for war,” the mayor said in his office.

“Tourism stopped, business suffered a lot — development is not possible without security.”

The neighbourhood of Kpalo-Kpalo, one of the PNP’s former strongholds, is surrounded by troops.

Activists from the party — which drew a lot of the support from the mainly Muslim Tem ethnic group — say a ruthless crackdown by security forces means they can now only meet in secret.

Their leader Atchadam has fled Togo and is currently hiding out in neighbouring Ghana.

“We are not safe anywhere, we live in hiding, we cannot speak out,” a local PNP activist told AFP on condition of anonymity.

“I am one of the few who can talk to you from outside prison as most of us have been arrested.”

Since late November some 50 people have been arrested in a series of highly-publicised operations by the security forces.

Those detained were accused of planning an “armed uprising” as part of a mysterious group called “Tiger Revolution” supposedly linked to the PNP.

They were paraded on state television with mystical amulets, machetes and Kalashnikov rifles and confessed before the cameras to seeking to destabilise the country.

Some in Sokode say that a hardcore of frustrated Atchadam supporters has been pushing for a violent confrontation with the authorities, despite the fact their leader always advocated peaceful protests.

From his exile, Atchadam sends audio messages via Whatsapp urging people to continue the struggle — but they fail to get an audience now the opposition network has been stamped out.

“It’s true that calm has come back, but it is a precarious calm,” said young PNP Mamane, who refuses to give his surname and speaks with his face covered.

“The tensions could erupt at any time.”

Gnasssingbe has promised to create 500,000 jobs across the country by 2022 to ease the frustrations of the large number of unemployed youths in the country. 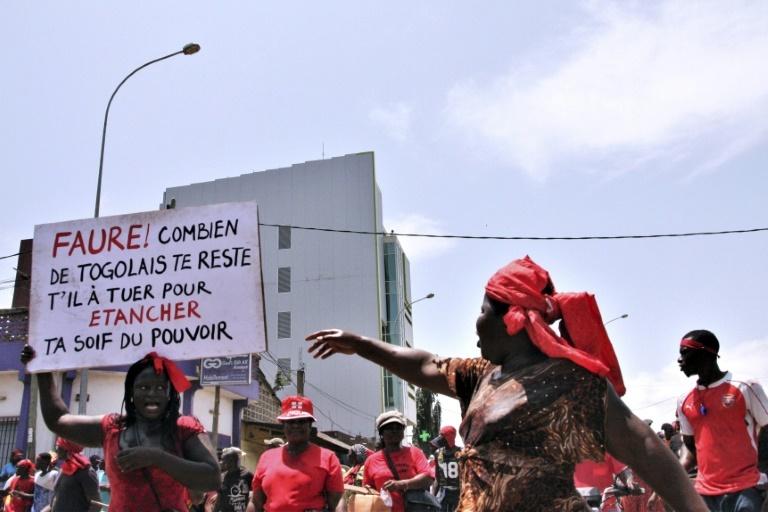 But, after 53 years of his family’s rule, the signs of neglect and stunted development are evident to see around Sokode.

Civil society organisations backed by charity Catholic Relief Services are nonetheless looking to build on the fragile peace in the city.

In an initiative spearheaded by the Catholic Church, they have brought together members of different communities, religious groups and the security forces.

“The elections are the business of the politicians, we are trying to build a climate of peace before and after,” Celestin-Marie Gaoua, the bishop of Sokode told AFP.

“It is our youth who end up being sacrificed for the sake of politics.”