Two models in the United States were banned indefinitely from all Major League Baseball events for flashing their breasts at Houston Astros pitcher Gerrit Cole.

Julia Rose and Lauren Summer, who are well-known Instagrammers, performed the act in a bid distract the pitcher, who left the mound as a result, and play was briefly paused.

The stunt, however, got the two women in trouble as they were quickly sent letters from Major League Baseball.

“You violated the fan code of conduct by exposing yourself during the seventh inning in order to promote a business,” read the MLB letter.

“You were also part of a scheme in which you induced others to expose themselves to promote the business.

“You are hereby banned from all Major League Baseball stadiums and facilities, indefinitely,” it concluded.

The two models claimed that their publicity stunt was to raise money for Breast Cancer Awareness. 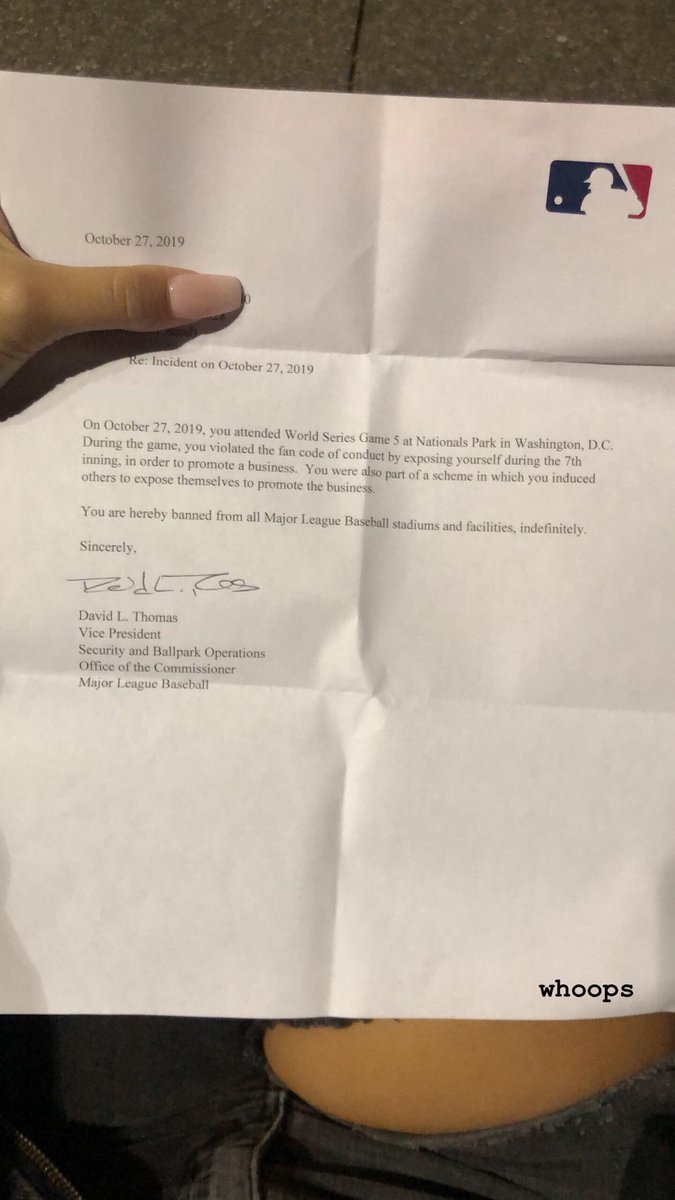 21.1K people are talking about this