The candidate of all the All Progressive Congress (APC) in  the just concluded  governorship election in Bayelsa State, David Lyon has been declared winner of the poll. 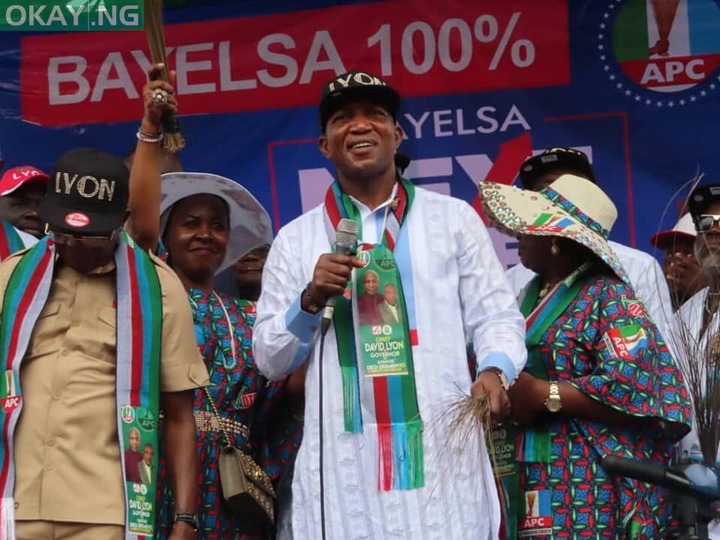 This development, which ended PDP’s rule in Bayelsa State, wouldn’t have been possible if the PDP had put its house in order and not undermine the influence of Nigeria’s former president, Goodluck Jonathan. 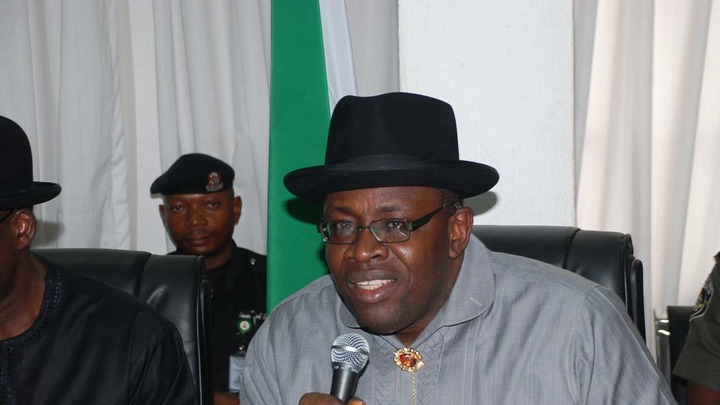 Dickson was said to have sidelined the former president and his allies and fielded Diri as the governorship candidate of the PDP.

Jettisoning the rotation arrangement between the three senatorial districts of the state and supporting Diri forced Jonathan to support the candidate of the APC, Lyon, who coasted home to victory during the governorship election.

Before the governorship election in Bayelsa State, the former president’s close allies defected to the APC to work for the interest of the latter and its candidate.

Dickson should have expected the defeat earlier, but he was too confident that he could deliver Bayelsa State to the PDP without the influence of Jonathan and his allies.

Before the election was over, the outgoing governor knew it was the end of the road for the PDP in the state when he arrived at his polling unit to cast his vote, saying Saturday, November 16, was a sad commentary on Nigeria’s democracy.

He said: “Gentlemen of the press, today is a sad commentary on our nation’s democracy.

“As we are speaking, in this day and age, gun-wielding militiamen, with the aid of security forces, have overrun hapless electoral officials.

“Most of the electoral officials in Southern Ijaw, as we speak, are kidnapped and held hostage.

“Everyone knows APC has no structure in Bayelsa to win an election, but they have armed militias, surveillance contractors, who kill and maim for APC.

“They also have the Nigerian army and rogue elements in the police force, working in concert with them to deny the citizens their right to vote.

“This has been the lots, this has been what we have been managing since 2015, with the APC at the centre is not caring about the dignity of our people.”

Jonathan’s closed-door meeting with President Muhammadu Buhari in Aso Rock should also have given Dickson an inkling of what was about to happen in Bayelsa State on Saturday.

After delivering Bayelsa State to the APC, the former president hosted the party’s election campaign council led by the chairman and governor of Jigawa State, Mohammed Badaru Abubakar. 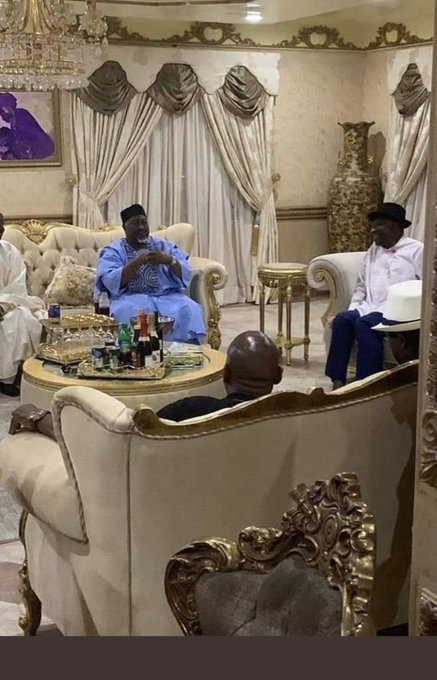 There are several lessons to be learnt in what went down in Bayelsa State. Dickson should realise that Jonathan’s influence in the state surpasses his own influence.

On the part of the Nigerian youths, they should be reminded that making enemies for themselves due to political affiliation is foolhardy, as politicians may decide to pitch their tent wherever they feel comfortable.

Those who put themselves in harm’s way because they are die-hard fans of APC, PDP or any other political party should get themselves mentally examined.

These politicians will throw shade at one another and engage in war of words, but they always find a way to reunite and forget their differences. This is what blind followers of political parties should understand.

In any case, Bayelsa State election is far from being free and fair, as the exercise was marred with violence.